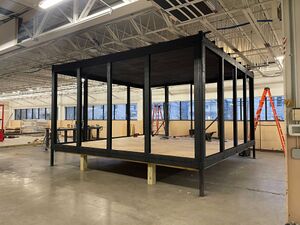 30lb full combat robots are heaviest class we currently fight at Norwalk Havoc. The first fights in the class will be in 2021.

Modular bots are robots that can change offensive or defensive features depending on who they up against in the tournament. Repairs and replacing broken components of your robot don't count as a modular robot. If you are changing less than 10% of your robot weight and none of it is powered, it’s not considered a modular robot! Like all other bots you still need to bring it to the green room in its final ready state.

Bringing Spare Batteries is HIGHLY encouraged. Bot's get a minimum of 20 minutes in between matches for repair and recharge. Rarely is this enough time to recharge a fully dead battery. Bringing spare batteries is highly recomended!! If you let the organizers know your battery size and connector type one week in advance (contact@50day.io), we will glady provide you with a spare battery for your bot for free. NHRL has a strong prefrence for XT style connectors XT90/60/30. 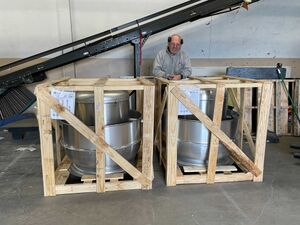