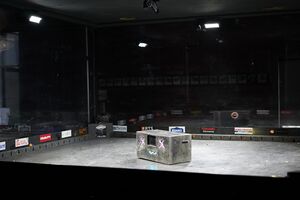 3lb Arena at NHRL with Brett the house robot

3lb Robots, sometimes known as Beetleweights, are the most competitive and most populate weight class at NHRL. 3lb robots are the easiest for someone new to combat robotics to approach, and a competitive 3lb bot can be built for only a few hundred dollars. Building a winning robot is hard. The best performers in the class are from competitors who have years of experience.

The following are the rules for 3lb robots competing at NHRL:

You can learn a ton more by studying past and present competitors at NHRL. Below is the 3lb bot category with information on individual bots.